Nice Dress in the Closet, Big Weight in the Shoulders

Welcome to the world of fast fashion

Dressing up fashionably is becoming an increasingly mindless task. Shop windows change every two weeks with new collections and t-shirts may cost as low as 5$. Amazing, right? You can be on-trend without ruining your budget. Besides, according to some well-known economists such as John Maynerd Keynes, you are contributing to the growth of your economy the more you consume.

Fast fashion retailers introduce new products multiple times a week, making us feel that the clothes we own are outdated or have a poor design. Most times, this is not true.

When we think of mass production, which results in low-quality products, labor exploitation, environmental disregard, and lack of security at work, the beautiful world of fast fashion becomes a little bit less pretty.

It's undeniable that a consumerist world may bring some economic and even social benefits for a tiny part of the population. However, in this article, we invite you to look to the other side of the coin - the one we tend to ignore, the one which doesn’t directly affect us.

“No, it is not our choice. We must work overtime. If not, the gate is open for us to quit our job.”

According to the world resources institute, the average consumer is buying 60% more clothes now than in 2000,explaining why the fast fashion industry has grown so much. According to the Ellen McArthur Foundation, clothing production has approximately doubled in the last 15 years,driven by a growing middle-class population across the globe. This industry is expected to continue growing due to the foreseen 400% increase in world GDP by 2050.

The fashion industry represents 4% of the global market share (406 billion dollars), having huge implications on both economic growth and social welfare in several countries.

Since trade law changes in the 1970s, the supply chain has been spreading out geographically to sub-developed economies, as firms wanted to keep increasing their productivity while reducing average costs.

To achieve economies of scale, fast fashion industries chose to produce in countries with low wages and poor labor regulation.

Because of that, these countries have increased their GDP. In Bangladesh as well as in India, GDP growth was exponential, growing from 25 billion dollars in 1995 to almost 275 billion dollars in 2015. However, this increase in GDP was not translated into an increase in welfare. According to the United Nations’development program, Bangladesh has an Inequality-adjusted Human Development Index  (IHDI) of 0.462, and 67.3% of the total labor force lives under poverty.In India,the reality is almost the same, the IHDI is 0.462, and 42.9% of the total labor force lives with less than 3 dollars per day.

According to the American Apparel & Footwear Association,during the 1960s, roughly 95% of the apparel worn in the U.S. was made domestically. Nowadays, it’s less than 3%. The fashion landscape has changed from being seasonal to new clothes arriving every week, but at what cost? In 2007, in Bangalore, India, labor rights organizations estimated that the bare minimum a garment worker’s family (average size: 4.4 members) needs is around 4364 rupees (€ 80) per month to live. Yet the minimum wage for garment workers in Bangalore starts at 2418 rupees (€ 42) per month, and,according to Labour Behind the Label, many workers earn just this amount.

Similarly, in Bangladesh, a study for Clean Clothes Campaign by Martin Hearson discovered some workers on the minimum wage of 1662 taka (€16.60) and most factories paying an average take-home wage (boosted by considerable amounts of overtime) in the region of 2,500-3,000 taka (€ 25-30).However, at the time that this minimum wage was set, in 2006, living wage 1 estimates for a Bangladeshi garment worker’s family were around 4,800 takas (€ 48). Low payment like this often means that garment workers are keen to work overtime to help bring in more money. However, in the majority of workplaces that the Clean Clothes Campaign surveyed, a significant proportion of the overtime is unpaid. This is often because employers set impossible daily targets, requiring workers to stay at work until they have met them. Only then are they paid. A tailor in Tirupur told Clean Clothes Campaign, “No, it is not our choice. We must work overtime. If not, the gate is open for us to quit our job.”

Besides paying low wages, the factories where these workers spend most of their time have,in general, really poor working conditions, which frequently leads to severe accidents. According to Reuters, between 2005 and 2016, at least nine deadly accidents happened in Bangladesh,most of them in garment factories that supply global clothing brands.

The worst accident happened in April 2013 when an eight-story building, Rana Plaza, housing 5 garment factories, collapsed due to a structural failure. According to the head of Bangladesh Fire Service &Civil Defence,  the upper floors had been built without permission besides the failure to meet security standards. On the day before the collapse, some cracks in the building's walls had been noticed and the building was evacuated.However, on the following day, workers were ordered to enter the factory despite the complaints about the appearance of cracks in the walls. Bank and stores employees were not there but more than 3000 workers, mostly women and young people, were inside the building when it collapsed, and 1134 of them died.

Affordable does not always mean sustainable

Besides the social harm of mass production, this practice will also generate negative environmental externalities. According to the World Resources Institute, to produce one cotton shirt, 2,700 liters of water are needed, the equivalent of what a regular person drinks in two and a half years. On the other hand, producing a pair of jeans generates as much greenhouse gases as driving a car for more than 80 miles. Washing clothes releases 500,000 tons of microfibers into the ocean every year.

This way, the fast fashion industry is responsible for 20% of the global water waste and 10% of total gas emissions.

To produce at a lower cost, firms use cheaper materials (such as polyester,acrylic, or nylon), synthetic fabrics, dangerous dyes, and toxic chemicals.Moreover, when consumers wash their clothes, they release plastic fibers into the ocean as most of the materials used to produce clothes in the fast fashion industry are made from petroleum. The most widely used input in the fast fashion industry, polyester, is a fine example. More than 70 million barrels of oil are used every year to produce this material, and it is responsible for 35% of the micro plastics present in the ocean.

“ If we only have one body, why do we need thousands of clothes?”

Slow fashion, which is the deliberate choice of purchasing better quality items, but less often, has risen in opposition to fast fashion. This alternative is considered environmentally and ethically conscious rather than trend-driven by using high-quality resources and production methods, guaranteeing better working conditions and compensation for employees.

However,there are other ways beyond slow fashion capable of softening fast fashion environmental consequences, such as:

If it is true that not all of us can afford slow fashion items or simply don't satisfy our tastes, it is also true that companies produce according to our “production orders”.That is if we keep on buying clothes just because they are fashionable or cheap, disregarding the environmental and social impacts of their production,this situation is never going to change.

As consumers, we have the power to dictate the rules. If we demand corporations to give their employees better working conditions or their production cycle to be more sustainable, they have no other way than to adapt. However, this would require a collective change of behavior so that corporations feel forced to satisfy our “new purchasing preferences”.

Besides,this problem could simply be solved with pure rationality. If we only have one body, why do we need thousands of clothes? Does it make any sense?

The first step in the fight against the environmental deterioration and social damages caused by the fast fashion industry is the change in our shopping routines, something reachable by all of us. We need to work together -  there are no jobs on a dead planet. There is no equity without rights to decent work and social protection. Ultimately, there is no peace if we are uncertain about the sustainability of our planet. 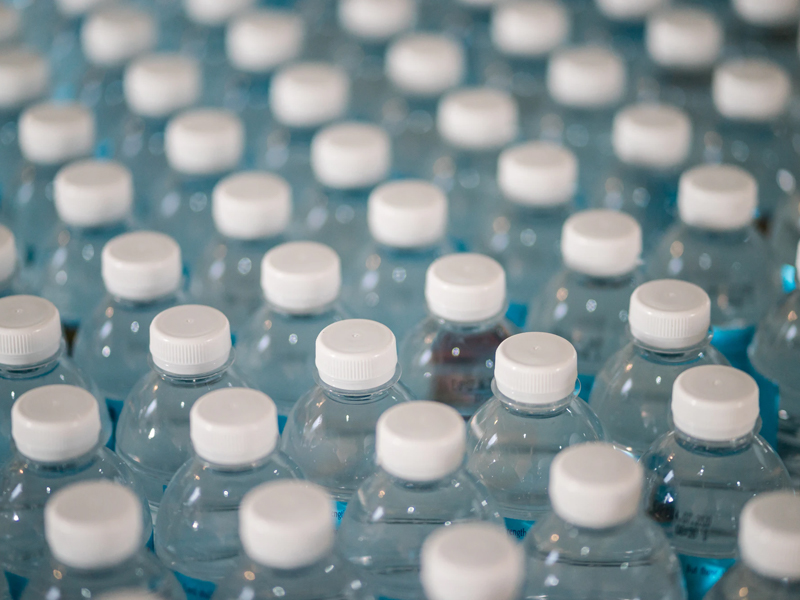 Nova SBE partnered with TOMRA, the Norwegian multinational specialized in recycling solutions, to have the first pilot project for a mandatory container deposit scheme in Portugal. 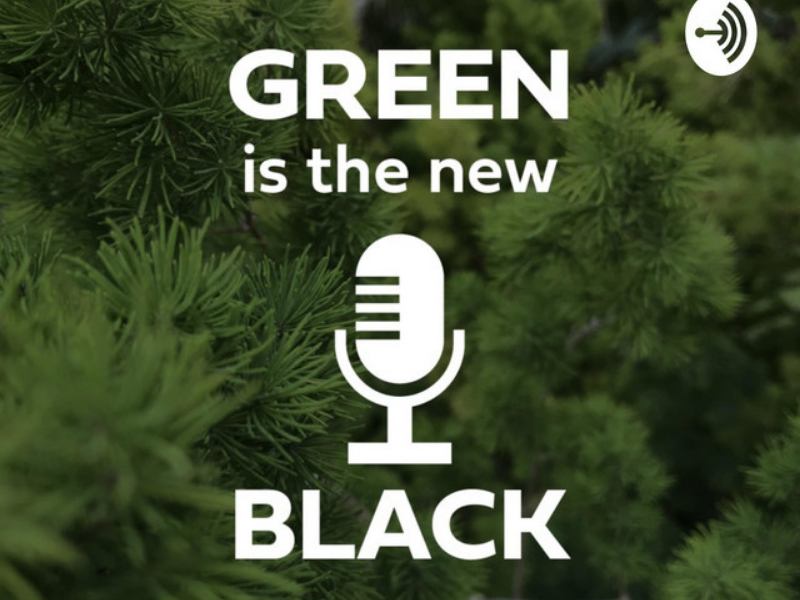 Listen to the Oikos club's "Green is the new black" Podcast.

Listen to the Oikos Lisbon club's "Green is the new black" Podcast. This episode is on sustainable diets. 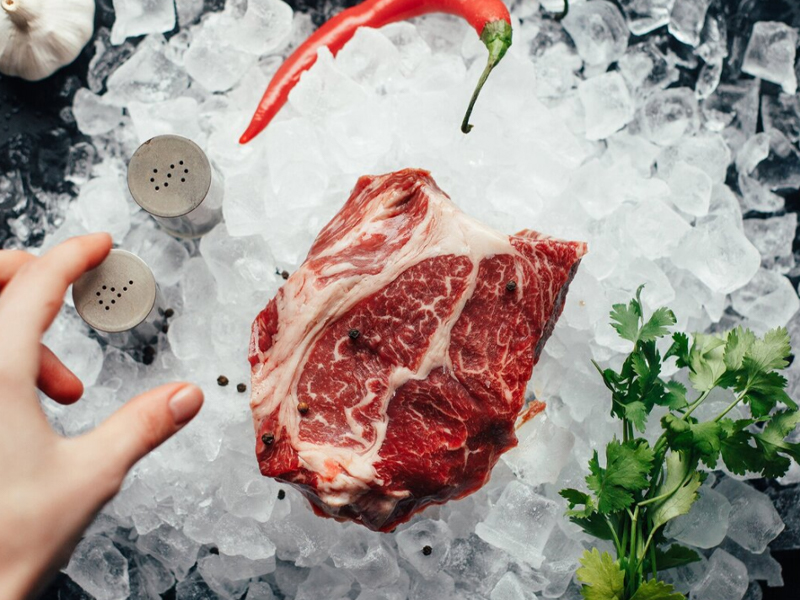 In 2014, the United Nations issued a report claiming that at current rates of soil degradation, “all of the world’s topsoil could be gone within 60 years”.