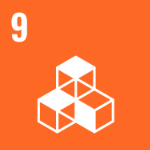 Fantastic Unicorns and Where to Find Them

More than a mythological creature, a unicorn has gained a new application in this century - to designate privately-held startups with a value of over $1 billion.

More than a mythological creature, a unicorn has gained a new application in this century - to designate privately-held startups with a value of over $1 billion. The majority of these companies are in the vanguard of their industry, building the path for generating new technologies while being considered a bellwether of future economic development. This unique expression was created by Aileen Lee, founder of venture capital fund Cowboy VC, in her article “Welcome to the Unicorn Club”, where she proceeded to study software startups founded between 2003-2010, concluding that only a mere 0.07% of these privately-held companies would ever reach the billion-dollar valuation, realizing that finding a firm with such characteristics was as difficult as finding a mythical unicorn.

Looking back at the first decade of this century, which was analyzed in the article that created the “unicorn” concept, billion-dollar startups were generated at a rate of four per year, which amounted to 39 unicorns in total. Furthermore, San Francisco was identified as the headquarters to the vast majority of unicorns (15), followed by New York (3)and, tied in third place, Seattle and Austin (2). Lastly, the most fertile industries for unicorns were e-commerce, consumer audience, software-as-a-service (SaaS), and enterprise software.

In only nine years, this landscape has changed immensely, and China is to be held accountable. In 2018, a study conducted by Hurun revealed that Chinese unicorns were being conceived at a rate of one every 3.8 days, with the country owning up to 41.7% of the world’s unicorns, with a sum of 206, shortly followed by the USA, with 203 unicorns. The top three ecosystems were Beijing (82), San Francisco (55),and Shanghai (47), and the aggregated value of unicorns in the world sums up to a staggering $1.7 trillion. Lastly, the industries containing the largest percentage of unicorns are e-commerce, fintech, cloud, and AI.

Aileen Lee mentioned disruptive technology as a conductor for the creation of unicorns. This inference still holds as we evolve into a technology-dependent society that requires the expansion and automatization of various fields ranging from health to blockchain, which creates a need for constant technological breakthroughs and, consequently, fertilizes soil for innovative startups to blossom. Moreover, capital injection into these initiatives has been subject to exponential growth across the years through venture capital, which enables startups to raise private equity and ensure long-term growth while allowing investors to earn disproportionately high returns potentially.

As seen, the unicorn phenomenon was most prominent in the US, but, recently, China has turned into the leading country. The fast economic growth and rapid modernization of the economy play a major role in the development of newly-founded companies.

This massive growth was only made possible by the increased pace of technological innovation, as mastering the use of technology turned into the biggest source of competitive advantage for startups. In China's particular case, around 40%of the unicorns are technology-driven, and the majority of them consider big data technology to be the biggest source of innovation and differentiation. Big data is especially relevant, as it allows tracking consumer habits and studying behaviors, thus improving overall marketing strategies adopted by the companies. This contributes to higher competitiveness and lower operating costs.

China’s capital market performance is also essential for the promotion of unicorns. The country’s capital usually arises from two forces - government policy and extremely diversified sources of financing channels. In particular, China is living in a golden era of opportunities for startups who are looking for investors, as the CSRC (China Securities Regulatory Commission) is currently smoothing regulations for investment, hence attracting more unicorns based overseas to pursue their interests in the Chinese market. Apart from the Chinese government, the main global unicorn investors include the likes of Alibaba, Ten cent and the venture-capital giant Sequoia, which has invested in 92 unicorns.

Some argue that the valuation of the Chinese unicorns might be inflated compared to the US, but the growth in investment in those firms has largely surpassed the values registered in American startups, which can be explained by the difference between the capital markets of both countries. The Chinese government ended up injecting a big dose of “Patriotism” in their market,directing resources specifically to make their firms more competitive, while the US opted for a more passive approach in terms of access to credit.Furthermore, the American system is more regulatory than the Chinese market,which facilitates investments in the oriental market compared to the occident alone.

The following companies have not only been dominating the Chinese but also on a global scale, having conquered the title of China’s (and the world’s) most valuable unicorns, with a combined value close to 280 billion dollars (around 16% of all unicorns combined):

● AntFinancial: This fintech company, founded just 5 years ago, is currently the highest valued unicorn in the world, with a valuation of $150 billion. The Alibaba Group spun out the startup, it has as subsidiaries the world’s largest online payment platform (Alipay) and the largest money-market fund (Yu’e Bao). The company views itself as “dedicated to bringing to the world equal opportunities” while answering the financial needs of society,through the use and development of innovative technologies.

● Bytedance: Created in 2012 by Zhang Yiming, the internet technology enterprise gained importance by developing AI platforms that informed and enhanced interactions between people worldwide. Combined, all the apps and platforms of Byte dance have about 1.5billion monthly active users (more than Instagram) as of July. Providing trustworthy information was what Zhang’s team had in mind when they created their most successful project “Toutiao”, which not only works as a news platform but, due to the complex algorithms used, is also able to provide a tailored feed to each individual user.

● Didi Chuxing: Finishing the top 3, the ride-sharing company serves approximately 550 million users in over 400 cities. The 7-year-old enterprise triumphed from the moment it was launched, reaching 55% of the smartphone-based taxi-hailing market only 1 year after its creation. The founder Cheng Wei did not settle for the Chinese market, having invested in Uber and Lyft, while expanding to Japan, Brazil, and Australia. Didi was also included twice in Fortune’s “Change the World” list.

Despite having experienced rapid growth in the number of unicorns, China’s ability to incubate billion-dollar startups has plummeted in the first semester of this year. In the first six months of 2019, only 36 unicorns were fostered in China,corresponding to a 30% drop when compared to the same period in 2018.

The Chinese tech industry's development has put the country in the crossfire of the trade war, with the Trump administration accusing China of intellectual property theft. In May 2019, the US blocked Huawei Technologies Co. from importing American materials, and is considering doing the same for a wide variety of startups. The trade war has affected valuable startups such as smartphone-maker Xiaomi Corp. and delivery company Meituan Dianping, who saw their stocks plunge after going public, which reinforced to investors that private-market valuations are disproportionate to their real value.

The deceleration of economic growth has resulted in uncertainty in the funding market, drying up venture capital. The second quarter of this year was marked by a 77% tumble in investments in China,which translates to $9.4 billion, contrasted with the $41.3 billion investment in the second quarter of 2018, a peak for the China venture deals. Meanwhile,venture deals in the US rose about 15%, and investment in Europe climbed 32%,according to Preqin.

The truth is that China had entered a tech bubble, with the median tech enterprise valuation corresponding to about 31 times its EBITDA. Years of steep growth in tech investments resulted in enormous profits. Now, concerns regarding pre-IPO valuation recall the ones of the dotcom bubble. In 2017 and 2018, around 62% of venture-backed Chinese internet and software companies that filed for a public offer lost more than 30% of their values within the first 12 months after their listing.

However,valuations have not yet declined in China. The country’s startups have been resistant to down rounds (when a private company offers additional shares for sale at a lower price than had been sold for in the previous financing round). Meanwhile,venture firms are pivoting funding to alternative business models that require less capital, such as enterprise software.

This may simply be a time when Chinese venture capitalists are being more cautious,provided the volatile negotiations between Donald Trump and Xi Jinping with yetun predictable results in the tech industry. All in all, whether the current downturn is just a setback or turns into the burst of a financing bubble depends on how venture investors, entrepreneurs, and market regulators behave through this economic tension.

This content was originally published in The Awareness News

Escaping business as usual when nothing is usual anymore. The culture and the technology to drive the future. A conversation about innovation, culture, and technology: a fast intro to innovation methods and cases, complemented by a set of recommended books for those willing to dive deeper.
Innovation
Webinar
SDG
8
9

In this episode of the Design Thinking Roundtable, Professor Anne-Laure Fayard with Ayah Younis discussed human-centred design and how it can improve people’s lives.
Innovation
Opinion Article
SDG
8
9

Fantastic Unicorns and Where to Find Them

More than a mythological creature, a unicorn has gained a new application in this century - to designate privately-held startups with a value of over $1 billion.