A Modern Tale of Cultural Genocide

In 1933, Uighurs acquired their own nation, the Islamic Republic of East Turkistan,which would then be later taken over by Chinese forces. The province came under Chinese rule in 1949, following the country’s civil war and the communist regime's instauration. Even though it is officially “autonomous”, there is in fact no self-rule by its inhabitants, firmly controlled by Beijing as any regular province. Many see this as a form of “colonization” of the province and its population. Since its annexation, Xinjiang’s history has been marked by recurrent discrimination against its largest ethnic group, the Uighurs. Mao’s“Great Leap Forward” singled out both ethnicity and religion as obstacles to a communist society. The regime prioritized Xinjiang’s economic development and incentivized large-scale immigration of Han Chinese, China’s largest ethnic group, to the province. In 1949, the Han represented only 6% of Xinjiang’s population, whereas now it constitutes no less than 40%, according to Chinese official statistics. During the same period, the percentage of Uighurs in the province decreased from 72% to 46%.

Since the beginning of Chinese rule, the latter have been protesting, becoming more vocal from the 90s onwards. Economic discrimination favoring the Han Chinese as well as religious discrimination measures against Islam were at the root of the protest movements, which escalated into violence. The recent wave of unrest begun in July 2009 with the Urumqi riots, the capital of Xinjiang, after the Shao guan incident, where Han Chinese murdered at least two Uighurs after the alleged rape of a Han Chinese woman by a Uighur. The riots resulted in 200 deaths reported by the Chinese, although independent sources claim higher numbers. In 2014, various terrorist attacks were blamed on Uighur separatists by the government, catalyzing the current persecution phase.

Through excessive repressive policies, the government stripped the Uighur population of fundamental freedoms and human rights. Between 2012 and 2017, the security budget doubled in China, while it tripled in Xinjiang. The province became a“police-state”, monitored by one of the most restrictive and intrusive high-tech surveillance systems ever deployed by a state against its own people.The Uighur population lives in fear, continuously tracked through their phones or by facial and voice recognition cameras. More than being controlled, it is seeing its religion being crushed. Islam's attack materializes itself in the ban of religious associated clothing and grooming, such as headscarves and long beards,  halal food, and even giving “Islamic-sounding” names to new-borns. Mosques have been closed or demolished. Religious instruction or speaking any language other than Mandarin at school is strictly prohibited. Uighurs are also victims of tight travel restrictions; their passports were taken away for “safe-keeping”. As their most brutal measure, Chinese government officials resorted to the unthinkable in the 21st century:  reallocating at least one million Uighurs into internment camps.

China first denied its existence, but new information has come to light, making the truth irrefutable. Labeled by the Chinese government as “re-education centers”to “eliminate extremist thoughts”, these compounds could easily be prisons.Characterized by high-security features such as watchtowers, barbed wire, and guardrooms, they seem far from being simple schools. Masses of Muslims,including children, disappeared into these facilities, which started being setup in 2017.

Why are so many being arrested? Most have been convicted of no crime or faced no trial. In fact, the mildest behavior can lead to landing in a camp – a woman reported being arrested for as little as having WhatsApp on her phone – and performing any type of associated religious conduct, such as praying, risks getting you interned. Once inside, Muslims are forced to sing songs about the Communist Party, recite laws, and spend long hours studying Mandarin. They are reformatted to lose sight of their cultural identity. Living in precarious conditions, they wear uniforms, and up to ten people sleep in the same room, not knowing when they will return home. The length of the “re-education courses” is getting longer and being released becoming rarer. Eye-witness reports from former detainees who managed to flee abroad detail a non-stop routine of exercise,brainwashing, physical and mental abuse, and even torture.

Facilities also hold thousands of children, separating families. They are forced to speak Mandarin and wear the country’s traditional outfits. Although officials denyit, they are in fact, aware of how family separation affects the children’s mental stability, as psychological training is offered in the facilities. Two of the things most central to Uighur culture – faith and family – are being systematically crushed. Accounts of family members disappearing without warning are widespread. Leaked documents reveal how the police should handle questions from students returning home. Policemen are advised to tell them they are in a“training school” from which they cannot leave. Students are also to be told their behavior could either shorten or extend their relatives’ detention.

What is China’s goal?

The Chinese Communist Party regards any sign of discontent as a threat to both territorial integrity and the regime, claiming the “schools” are a response to decades of sporadic separatist violence from the Uighur population. Moreover,it claims the camps are a “preventive measure” – government officials claim they can predict who is likely to commit a crime, thus making the camps a tool to return the citizens as “law-abiding people”.

However,China’s strong grip on Xinjiang is also largely economically rooted. Home to most Uighurs, the province is not only rich in energy resources such as coal and natural gas, but it also at the center of one of China's most ambitious projects to date, the Belt and Road Initiative (BRI). A trillion-dollar spending plan, the BRI aims to strengthen trade, infrastructure, and investment links between China and an estimated 65 countries. Xinjiang sits on one of the BRI's main economic corridors, so control of this region is crucial to its success,leading China to turn it into a high-tech police state and paint the Uighurs as a separatist and extremist threat.

Denying wrong-doing and urging foreign countries to stop interfering in its internal affairs, China has given limited access and insight to journalists and foreign diplomats as to what is happening in Xinjiang. However, international coverage,such as by the New York Times, or more recently by the International Consortium of Investigative Journalists (ICIJ), has exposed hundreds of Chinese government documents, increasing public awareness around China's human rights abuse towards minorities. This resulted in an international outcry from the western world.  This past July, 22 countries, including the UK, Germany,France, Japan, and Australia, condemned the Chinese government’s actions and urged it to stop the repression against Uighurs and other minorities. In that same month, 37 primarily authoritarian countries wrote a letter to the President of the UN Human Rights Council and the UN High Commissioner for Human Rights expressing their support for China's treatment of Uighurs, even defending Beijing's "remarkable achievements in the field of human rights". Amongst these countries were many predominantly Islamic countries such as Saudi Arabia, Algeria, and Jordan.This perhaps surprising behavior may be linked to fears of being left out of the massive infrastructure investments China has been financing worldwide as part of its BRI initiative. Even Kazakhstan, the second-highest Uighur populated country, has supported Beijing, all in dread of China's economic repercussions.

The US House of Representatives has overwhelmingly passed a Uighur Human Rights Policy Act bill to counter the minority’s repression in China, calling on Preident Trump to impose sanctions on China over Xinjiang's human rights violations. Furthermore, the release of the leaked documents led Secretary of State, Mike Pompeo, to call on China to "immediately release all those who are arbitrarily detained and to end its draconian policies that have terrorized its own citizens in Xinjiang."

China’s internment camps remain in many ways a mystery to the rest of the world, as a lot of their activities are still unknown. Uncertainty surrounds Uighur population's future, and the country’s large economic and political influence limits the efficiency of international action. Now aware of a cultural genocide happening right before our eyes, the western world stands powerless. For now. 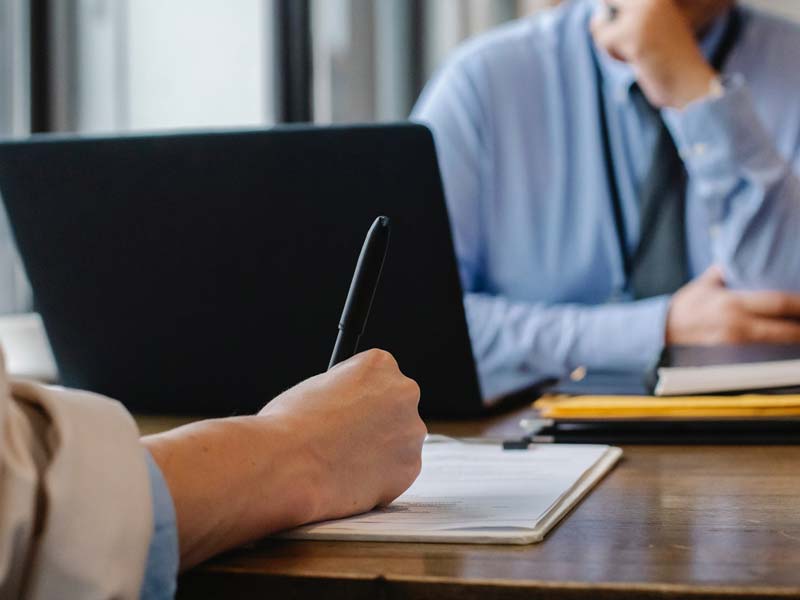 Isabel Almeida e Brito e Margarida Castro Caldas shared with PME Magazine the role that the Inclusive Community Forum (ICF) has been playing towards the inclusion of people with disabilities in the labour market. The community involvement and the growing commitment of companies towards inclusion, has been key to start transforming the recruitment market, and impressive for ICF to testify. Get to know more about ICF and its partners committed to inclusion, reading this article or checking the project's website. 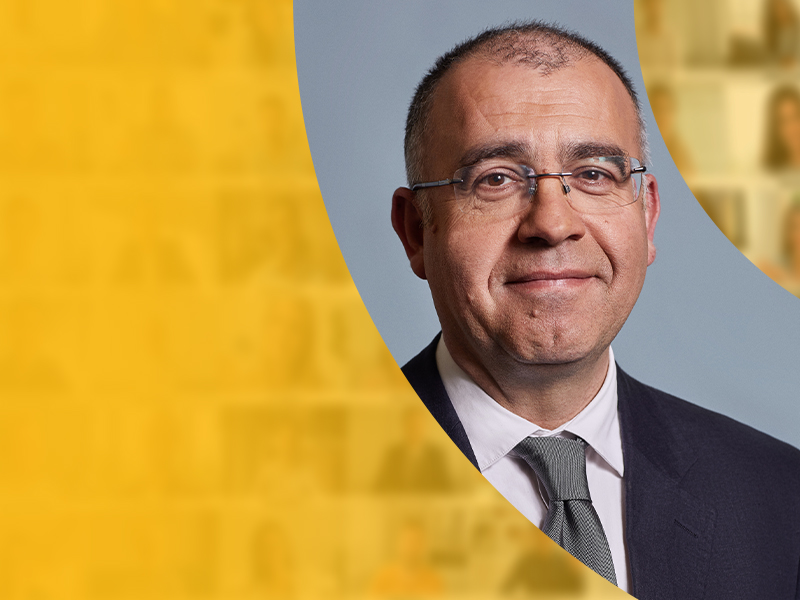 The current context of uncertainty forces leaders, teams, projects, and organizations, to deal with exponential paradigm shifts. But how should we react when faced with adversity? 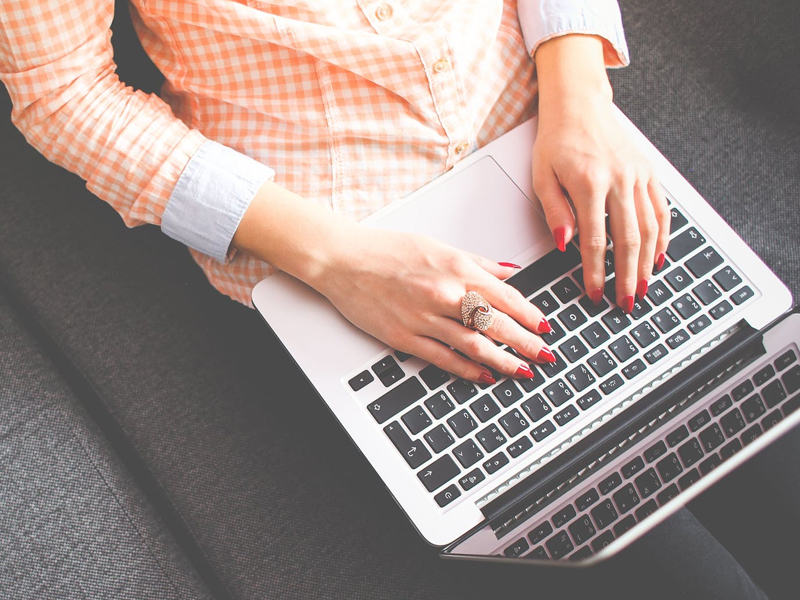