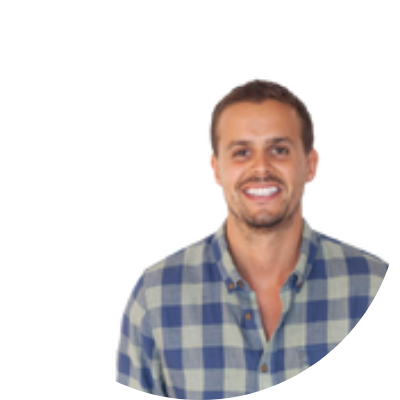 Why Does This Chart Matter?

The number of recessions has declined since the Great Depression - is this a good thing?

Diego is reading Morgan Housel’s ‘Psychology of Money’ and stumbled upon this Rorschach test which we both instantly knew needed to be the next chart to discuss in this publication series.

U.S. recessions have been fewer and further between post-Great Depression. From 1854 to the Depression era, the U.S was in a recession 46% of the time - after the Depression, that number dropped to just 14%.

Unfortunately, Morgan never responded to our creeper Twitter DMs (if you know him, forward him this article will ya?), so we put it out to our panel to get their thoughts and we got, in my opinion at least, one of the best set of responses we've ever had from an amazing line up of contributors.

The why, the how, and the implications of this chart stretch far beyond first-degree cause and effect, which are explained in-depth below.

In my opinion, the period of “less recessions” coincides with when the gold “shackles” were taken off the Fed.

This helped the Fed finance a series of wars (WW2, Korea, Vietnam), which ultimately drove inflation structurally higher. This high inflation threatened to drive hyperinflation of the USD, and so Volcker put the US into recession to defend the USD in 1979 by raising rates dramatically.

These high rates combined with globalization, in turn, set the stage for the next 35 years of “less recessions” as the Fed had the option to reduce rates to extend business cycles. While politically expedient in the near term, it ultimately led to where we are now, which is high levels of government debt as the Fed’s moves to extend business cycles and bailout repeated crises, leaving the Fed with little ability to raise rates to fight inflation without putting the nominal solvency of the US government at risk.

This is the natural outcome of attempts to use monetary policy to lengthen business cycles, effectively via the expansion of sovereign credit (via government spending and bailouts of the private sector). This is always politically expedient near- and intermediate-term, but ultimately leaves the sovereign in the position that it must choose one of two outcomes famously laid out by Ludwig von Mises:

“There is no means of avoiding the final collapse of a boom brought about by credit expansion. The alternative is only whether the crisis should come sooner as the result of voluntary abandonment of further credit expansion, or later as a final and total catastrophe of the currency system involved.”

Every fiat currency system has eventually reached this point; the consensus among US policymakers was that the US exceptionalism meant the current system would never reach that point, but in the aftermath of the COVID crisis, it appears this system to has reached that point (a problem for all fiat currencies, not just the USD.)

The chart is great. It summarizes extremely well how our monetary system has changed throughout time and why that means policymakers are much less willing to experience a full economic cycle unfolding - including recessions - especially after the 1970s.

This article was originally puplished on The Lykeion. You can subscribe to their newsletter here to access the full article.

Nudging has been the start point of many economic studies, particularly in behavioral economics, as it explores how people´s decisions could significantly change predictably by modifying the context of such decisions in a very subtle form. The concept was first introduced by the Nobel Prizewinner Richard Thaler and Professor Cass Sunstein. However, Thaler stressed the point that nudging should be used for good, intending to improve society’s welfare, but has his wish become a reality?
Economics
Podcasts
SDG
9

Zona de Impacto: From post-covid recovery to tha lack of human resources, what changed in tourism?

This episode touches on the 'motor' of the Portuguese economy, tourism. This economic activity went through 'gloomy' days during the pandemic and lost many human resources. NovaSBE's professor Sérgio Guerreiro and the students Isabel Morgado dos Santos and Maria Pacheco analyzed the topic in a conversation with Expresso.
Economics
Research insight
SDG
9
17