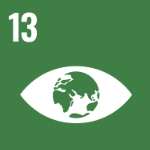 Nova SBE partnered with TOMRA, the Norwegian multinational specialized in recycling solutions, to have the first pilot project for a mandatory container deposit scheme in Portugal.

Nova School of Business &Economics (Nova SBE) received the Minister of Environment and Energy Transition for the launch of the 1st Compulsory Deposit Pilot Project for beverage packaging in Portugal. This is in partnership with TOMRA, a well-known Norwegian multinational specialized in recycling solutions and is located both in the Cascais Town Hall and on the Carcavelos campus.

Following the European Plastics Strategy, Nova SBE and the Cascais City Council joined TOMRA to carry out the first pilot project for a beverage packaging deposit system in Portugal. The equipment installed on campus will allow the consumer to deposit the packaging waste and receive a value for the deposit left there, thus reducing its environmental impact and promoting recycling.

The Minister of Environment and Energy Transition, João Pedro Matos Fernandes, was present at Nova SBE to mark this launch, along with João Ataíde, Secretary of State for the Environment, Carlos Carreiras, Mayor of Cascais and Daniel Traça, Dean of New SBE. This system, which is already in place in several European countries (Germany, Finland, Denmark, Slovakia, Norway, Holland and Sweden), finally arrives at Nova SBE and the Cascais Town Hall. Until the end of August, for each beverage package deposited in the equipment, € 0.15 will be donated to the Community Center of the Parish of Carcavelos. From the beginning of September, all beverage packages purchased will pay a deposit, which will be returned to the consumer when he places the packaging on TOMRA machines.

With this pilot, Nova SBE intends to contribute to the acquisition of knowledge and testing of alternative solutions that will help implement the mandatory deposit system (which will start in Portugal on January 1, 2022).

Through this initiative, Nova SBE makes the commitment it made when it signed the Ellen MacArthur Foundation's New Plastics Economic Global Commitment and continues to have a sustainable community on and off-campus.

This is a quick read (2-3 minutes) on what are the new ways of approaching the fight against thirst not only around the world but also in Thirst Project Nova SBE. Get to know the new projects of this team of more than 20 students of Nova SBE that constantly try to move people into helping in this cause, also know how to help and how scientific innovation is playing a part on this matter.
Sustainability
Interview
SDG
17

Luís Veiga Martins participated in a recently launched Podcast - Conversas com Impacto [Conversations with Impact] to talk about Nova SBE's comprehensive and sustainable vision of business and economics, with a strong commitment to walk the talk, through the implementation of impact projects at various levels.
Sustainability
Project
SDG
12
13

Nova SBE partnered with TOMRA, the Norwegian multinational specialized in recycling solutions, to have the first pilot project for a mandatory container deposit scheme in Portugal.
Sustainability
Podcasts
SDG
12
4

Listen to the Oikos club's "Green is the new black" Podcast.

Listen to the Oikos Lisbon club's "Green is the new black" Podcast. This episode is on sustainable diets.