In recent years, Mozambique has discovered substantial amounts of natural resources. Confirmed gas reserves in the northern province of Cabo Delgado (see Figure 1) have the potential to turn the country, one of the poorest in the world, into a global player in the market for liquefied natural gas.

Economists have attempted to explain the resource curse since Adam Smith. While there is still no consensus on its roots, recent analyses have focused on the role of politicians’ misbehavior, often associated with corruption and civil conflict.

The experience in the 1990s of African countries such as Angola, Nigeria, and Sierra Leone—rich in oil and diamonds but also failing to benefit from their wealth in natural resources—is a classic example.While the focus has often been on national-level institutions, a growing body of evidence confirms the importance of political pressures at the local level.

The case of oil in Brazil is an example. Oil extraction raised local governments' revenues, but the quality of public goods provision did not improve, while corruption increased. These results are also confirmed by the experience of São Tomé and Principe, with increased vote-buying following a natural resource discovery.

As the transparency of natural resource management is very limited among African countries, discoveries often translate into low awareness of the potential benefits of resource exploration among the most directly affected communities, raising uncertainties surrounding discoveries.

This is the case in Mozambique. Limited media independence and penetration have translated into poor knowledge of the discovery among communities living in Cabo Delgado. In such a scenario, following news of a discovery, local politicians could become more interested in securing political power and pursuing corrupt behavior rather than engaging with the local community.

Promoting local institutions that strengthen political accountability could therefore help to counteract the resource curse.With higher levels of accountability, local elites would thus be more constrained to do what is best for the common good. Information campaigns can be seen as a central piece of these efforts.

A recent study led by Nova SBE NOVAFRICA Knowledge Center focuses on the role of informing local communities as a means to counteract the resource curse. Large-scale civic education campaigns have already proved to be effective in Mozambique in relation to political participation, but no effort had been undertaken following the discoveries in Cabo Delgado.

In this setting, Nova SBE NOVAFRICA Knowledge Center followed an information campaign in the province sponsored by a wide coalition of organizations in 2017. The goal was to provide local communities with important details about the discovery of natural gas. This included the expected size of the future windfall and local populations' rights to benefit from the newly discovered resources.

To understand how information and accountability relate to the resource curse, 206 villages were selected as part of the study and assigned to one of three groups.

First, to fully understand the resource curse,attention cannot be limited only to citizens: local political structures also need to be considered. For this purpose, in a first group of villages, only local political leaders received the information module (see Figure 2).

In Mozambique, local leaders are the government's highest-ranked representatives within each community and are well-defined figures. Their communities select the leaders, whom the state then acknowledges. The leaders’ competencies are mainly related to land allocation, enforcement of justice, rural development, and formal ceremonies. They must also be consulted when natural resources are procured in the community and aid or public programs are to be implemented.

The first group of villages provides a low-accountability setting, mimicking dissemination mechanisms based on existing political structures. In these settings, citizens are generally excluded from the information.

In a second group, the information module was delivered to the community as a whole (see Figure 3). This provided higher levels of accountability and targeted communities as a means of increasing accountability among local leaders. Such community engagement has been shown to be central in raising the accountability of local politicians.

In a third comparison group of villages, no information was provided, making it possible to observe what happens in the absence of a campaign.

What have we learned?

The community-level campaign was effective in raising knowledge about the natural gas discovery among citizens and leaders. In particular, citizens became more optimistic.

But when only leaders received information, citizens did not become more knowledgeable, while leaders did. Dissemination mechanisms centered on political structures were not effective in informing communities. This suggests that leaders are either unable or unwilling to share information with community members.

In addition, targeting leaders raised elite capture and ‘rent-seeking’ by both leaders and citizens. Leaders became more in favor of corruption, and less meritocratic community members were appointed to public service.

Misuse of public funds also increased. Targeting leaders only raised by 27 percentage points the probability of leakage.Citizens showed less interest in productive activities. They increased their contacts with local leaders and their willingness to meet with higher-level politicians.

When the information campaign targeted entire communities, no evidence of these adverse mechanisms was observed. On the contrary, citizen mobilization increased, together with trust, voice, and accountability. In these villages, violence was reduced.

The study results confirm the potential for are source curse centered on misgovernance by local politicians, in anticipation of a future windfall. This is relevant for policy-makers for two main reasons:

These findings are crucial in light of the known association between resource curse and localized conflict in resource-producing areas. The appropriate management of the local population's expectations and the implementation of inclusive management processes as resource exploration unfolds may be key to escaping the emergence of localized conflict.

This content was originally published in Natural Resources Management.

Alex Armand and Alexander Coutts are Professors at Nova SBE and resident members of NOVAFRICA Knowledge Center. Pedro Vicente is the founding Scientific Director at NOVAFRICA. Inês Vilela is a PhD Alumna, currently teaching at Royal Holloway, University of London. 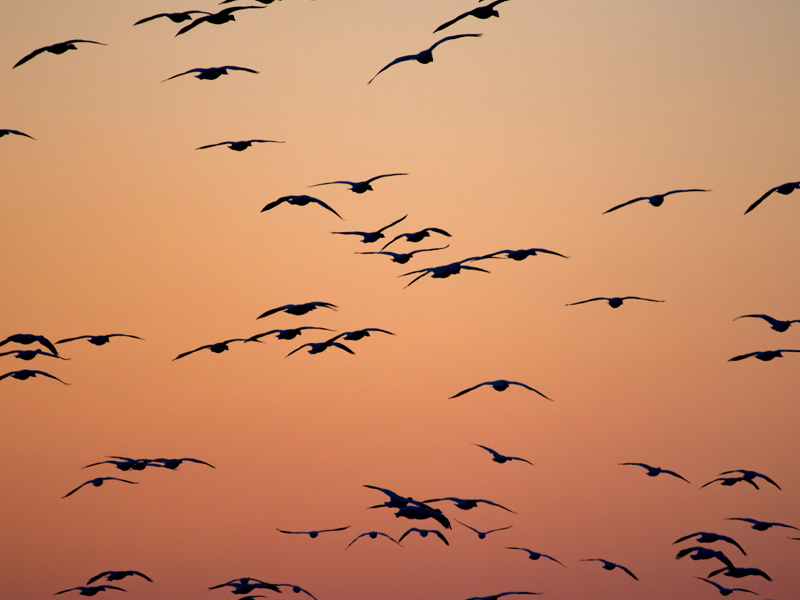 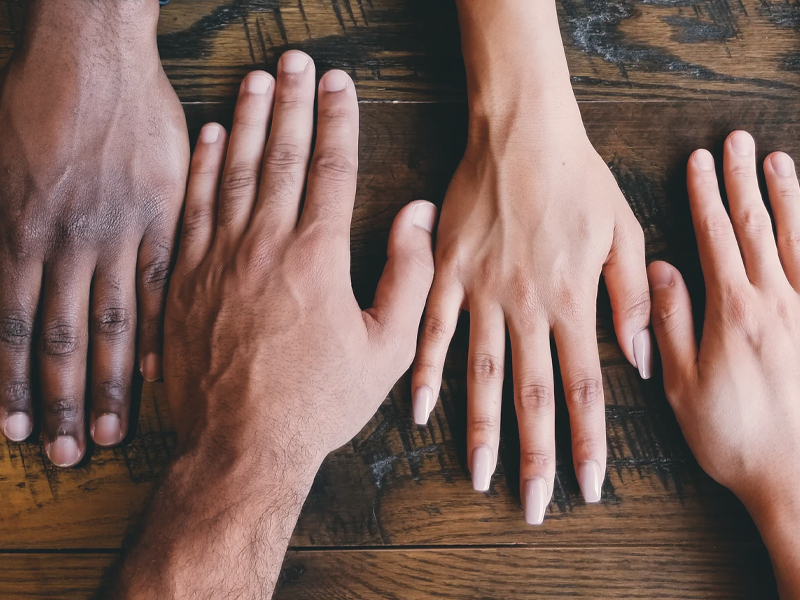 Integrating Immigrants as a Tool for Broad Development

The integration of Immigrants can contribute to sustainable economic growth! The goal of NOVAFRICA’s first project in Portugal: “Integrating Immigrants as a Tool for Broad Development: Experimental Evidence for Portugal and Cape Verde.” 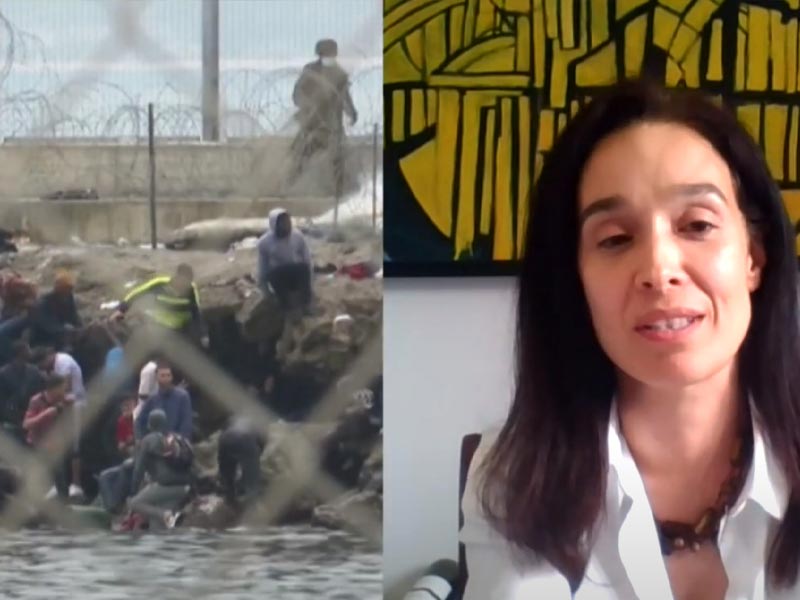 Cátia Baptista and the humanitarian crisis in Ceuta

Cátia Baptista, Scientific Director of the Nova SBE NOVAFRICA Knowledge Center, was asked by TVI24, Expresso and SIC Notícias to comment on the humanitarian crisis in Ceuta, how the phenomenon will likely worsen over the following years, and how Europe must create public mechanisms to allow young people to legally migrate.‍