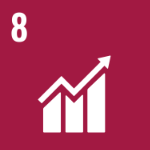 Have you ever heard about Switzerland?

Finland, Norway, Sweden, all these countries are seen as the dream country to raise your children, but have you ever heard about Switzerland? I’m not talking about its chocolate, inventors, or its capability to shelter its entire human population in nuclear fallout shelters in the event of nuclear war; in fact, what is more, intriguing it’s their education system and the possibility of it being strongly related to the Swiss economy.

Finland,Norway, Sweden, all these countries are seen as the dream country to raise yourchildren, but haveyou ever heard about Switzerland? I’m not talking about itschocolate, inventors, or its capability to shelter its entire human populationin nuclear fallout shelters in the event of nuclear war; in fact, what is moreintriguing it’s their education system and the possibility of it being stronglyrelated to the Swiss economy.‍

Swiss Education System in a Nutshell

The Swiss educational system is decentralized, and the cantons (member states of the Swiss Confederation) are responsible for providing educational services. Therefore, some content may vary significantly from one canton to another. Nevertheless, the general structure consists of eleven years of free compulsory education. Now, here’s what’s peculiar: at the end of the primary cycle (6th grade), students make some theoretical and psychotechnical tests in order to be selected to different schools according to their specific characteristics, competencies and psychotechnical trends. Students with lower grades or with more practical competences go to Oberstuf, a school more vocationally oriented; depending on their success as students, they can choose the area they want to study and take a 3-year course in a dual system – 1 day per week having theoretical classes and 4 days doing an internship. Everyone can take as many courses as they want to. On the other hand, students with the best grades tend to go to Gymnasium, ending up with more theoretical and intellectually demanding programs so they are well prepared for tertiary education.

While this intervention and channeling of students from an early age may seem discriminatory, cruel, and rushed, it may be a key factor for the Swiss Economic success. It is also interesting and useful to compare the performance of Switzerland with another European country. In order to do so,Portugal was chosen.

Note: The analysis will be focused on the population with upper secondary and post-secondary education. PORDATA provided all statisticaldata.

Both countries show a significant decrease in the early leavers from education and training between 18 and 24 years old. However, Portugal has made a bigger effort on this, by lowering the rate of 40,1% in 1996 to 12,6%, in 2017. On the other hand, Switzerland already had a very low rate of early leavers in 1996 (6,1%),even though it also got lower over the years, reaching a rate of 4,5%.

In both countries, if students have low academic performance, they are in charge of talking to their parents. However, in Switzerland, they give special attention to the discouraged students by having social workers that make sure they do not drop out easily of the courses: if they don’t like the course, they’re immediately accompanied in order to find the course that fits them better. This may explain the low rate of early leavers in Switzerland when compared to Portugal.

The part of the population with upper secondary and post-secondary non-tertiary education, in the percentage of the population between 25 and 60 years old, increased in Portugal and decreased in Switzerland. However Switzerland’s values are still very high compared to Portugal’s. In Portugal, it started with a 10,8%, in the first year of analysis, and had a 23,9%, in 2017. However, Switzerland shows significantly bigger values in these periods, having 61,4% in 1996 and 42,5% in 2017, twice Portugal’s rate.

As you finish any vocational course in Switzerland, you are considered specialized in that area, having a highly valued certificate by the companies. This is an incentive for students who want to take these courses.Unfortunately, in Portugal, professional courses are not as valued by neither the students nor the employers - they’re seen as an alternative way of ending compulsory education rather than being a way of getting instructed in viable future employment. The exception seems to be tourism and hospitality schools,rated as good and reliable vocational schools. In the end, this is a possible reason for this difference between the rates. This being said, a lot of firms find themselves constrained in their business growth due to the lack of qualified workers in the industrial area, such as electricians,mechanics or even locksmiths.

III.Unemployment rate by level of education

When analyzing the unemployment rates (considering population from 15 to 74 years) in these two countries, it’s clear that they are both increasing, with Portugal at a higher pace than Switzerland. Between 1996 and 2017, Portugal went from 7,4% to 8,87% while Switzerland went from 3,7% to 4,8%, keeping it substantially low.

When going through the unemployment rate by education levels, one can observe that this rate is higher for people with lower education, referring to 2017,in both countries. However, concerning post-secondary non-tertiary education,there is a huge difference between the two countries:

None or Primary Education:

The lower rate of Switzerland may be explained not only by the facts supra mentioned but also due to the fact that at the end of the vocational formations, most of the students are automatically hired by the firms where they worked during the 3-year internship, as they already have confidence in their abilities and commitment.

Furthermore,this education system reflects the country's real needs: they change the number of course vacancies depending on the demand and supply of the labor market. This way, one could say that the government tries to maximize the efficiency between unemployment rate and the lack of people in some sectors. This is one of the strongest points where any kind of relation between the existing courses in the education system and the economy of this country can be inferred.

Swiss companies do not need to waste their main resources - time and money - on workers’training – the employees already know exactly what to do and how they should behave within the company. This is one of the most impactful advantages of the Swiss system. Firms obtain a young and qualified workforce, and schools obtain a high level of employability in their courses, while students get a certificated course and will find a job much more easily. Besides being excellent for the macroeconomics of the country, it also allows everyone in the country to have professional and inclusion opportunities.

Switzerland is a country that regards knowledge and education as a key to its development.

Is there a reason for the recent rise in populism across the globe? If so, how can we correct it? We think we found a solution.
Education
Interview
SDG
4
17

In an interview with Jornal Económico, Daniel Traça speaks about the responsibility that University has to help the future become more optimistic and how Nova SBE wants to set an example. The focus on new areas of science and societal challenges, proximity to companies, and the innovation ecosystem are parts of the strategy.
Education
Impactful stories
SDG
4

A testimony of Simão Paiva a student that had the opportunity to participate in Nova SBE NOVAFRICA Knowledge Center Summer Research Internships 2019. A unique experience in Guinea-Bissau.
Education
Project
SDG
4
17

The Nova SBE Fellowship for Excellence program is awarded to Master’s students with proven academic excellence, outstanding performance in sports, and culture, and social engagement. It prepares them to achieve their full potential as students and as world citizens by giving them the tools and the opportunity to go out into the world and leave their mark.