Eradicate poverty in all its forms everywhere
LEARN MORE 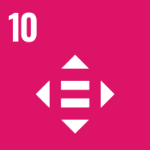 Reduce inequalities within countries and between countries
LEARN MORE 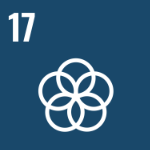 The purpose of this report is to make a description of the income inequality and poverty in Portugal nowadays and throughout the last decades and comparing it with other European countries, in order to reach conclusions about the effectiveness of the policies that have been used to tackle these problems. Information from important working papers on the subject is used, as well as databases such as Pordata and the World Inequality Database. Historically, income inequality does not display the same path as other Western countries, staying high for most of the 20th century, falling after the establishment of democracy in 1974 and increasing from the 1980s, with globalization. In Portugal, the elderly and the young are the most exposed to poverty, as well as singleparent families and families with three or more children. In addition, Madeira and Azores are the regions that presentthe highest values of income inequality and poverty. Portugal is amongst the most unequal and poorest European countries. Concerning government intervention, direct taxes have been the policy with the highest efficacy in reducing income inequality, while social transfers are the most efficient.

Nova Economics Club
Nova Economics Club is the Economics club at Nova School of Business and Economics. Since 2012, its focus is to create a bridge between the theory learnt in classes with the work performed by economists on a daily basis.
WEBSITE

Can Portugal be a leader in Social Entrepreneurship?

This is an opinion article written by Tomé Salgueiro, a Ph.D. Student in Management at NovaSBE. Read here the opinion article published on the 7th of August in Jornal Económico written in Portuguese.
Leadership & People
Research insight
SDG
16

The Economy of Francesco (EoF) is a global gathering of economists, researchers in economic models and change makers designed to present the world with distinct ways of thinking about the foundations and impact of current economic models
Economics
Opinion Article
SDG
8

If ever there was a time for solidarity in Europe, it is the pandemic we are experiencing. Failure will generate mistrust that will lead citizens of the Member States to a greater divorce with Europe.
Economics
Opinion Article
SDG
12